RSS
← Honor
Wild Horses and the Corrupt World of Horses →

The current EA, FLPMA, or NEPA legal process has not been met for Utah Roundup 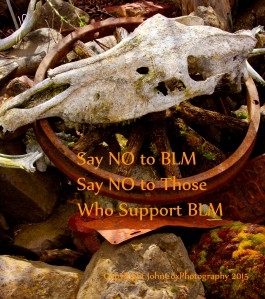 I find it interesting that the Bureau of Land Management, also allowed by the Department of the Interior (oversight agency), to complete such obvious Illegal Activities — as no legal process has been given to the taxpayer public that the Conger and Frisco Roundups are being done legally.

I.  Current EA legal process must be met and signed — a 2015 EA, whether updated or not, and left unsigned as well, is unacceptable legally to complete a legal roundup;

2. An unsigned EA does not fulfill the legal process for the BLM to conduct a roundup at the Conger and Frisco Heard Management areas;

3. FLPMA as well as no NEPA requirements, legally, have simply not been met for a legal roundup within these Utah HMA areas;

4. Population Research Control (BLM’s bogus title in an attempt to make it sound valid) is a false title and irrelevant, when the other elements of qualifications for rounding America’s Wild Horses up  have, very simply, not been met;

5. Worse yet, the bogus biology at these particular HMA’s are essentially biological-impossibilities (very dishonest) within these groups of Wild Horses, and the previous 2015 EA shows the impossibilities very well — updates based upon the 2015 EA (with no other qualification processes and left unavailable), and as Federal Courts have ruled previously, and clearly, BLM is to provide current EA’s (I.e. FLPMA, NEPA documents as well and current), not random EA’s copied elsewhere and simply the date changed . . .

The situation here shows us quite well, to taxpayers, how BLM pursues illegal and well planned fraudulent-activities on a regular basis, is their incompetent abilities toward biological truth, as well as Environmental truth, has not been met what so ever — this simply demonstrate the lies these particular BLM Wild Horse Counts provide, and costing taxpayers millions of dollars to accomplish, yet do nothing for the Ecology of those environments, other than destruction from more cattle being placed upon America’s Public Lands (as science shows us clearly and on a regular basis, e.g. Grasslands Extinction, et al.) . . .

What should also be noted is the 34% cattle Yearly throw-away situations from stores who market this same beef product, and from the Welfare Rancher paradigm, or ranches heavily subsidized by taxpayer money.  These types of Welfare Ranching Operations supply a mere or Less Than 1% of beef product to the American Markets (receipts from DOI and government oversight agencies shows us this quite prevalently) . . . and yet cost the American Taxpayer’s millions of dollars, or to put it simply, we as taxpayer’s cover their underline costs of production and management; whereas, Welfare Ranchers (those entities that lease and sub-lease (which is also illegal by the way) Public Lands and Forestry Lands) give nothing back in taxes, nothing back to any social system or endeavors, and absolutely nothing back in support of our nation’s wildlife —

We lose, as American’s and taxpayers, as true functional ecological systems become less and less. America’s needed predators and other wildlife required for healthy ecological systems, are killed-off (Welfare Rancher’s seem to have a profound ignorance, combined with unhealthy aspects of greed and profiteering), and many near extinction.

Wild Horses, for example and something to think about, provide distribution of seeds, which assist in promoting a healthy grasslands environment — cattle and sheep destroy this same grasslands environments, which BTW support 2/3 of our basic food chain basic substances. Not so surprising, our Grasslands, the very basis of our existence and society as we know it, headed to extinction at a mere 24% of over-all Grasslands left. 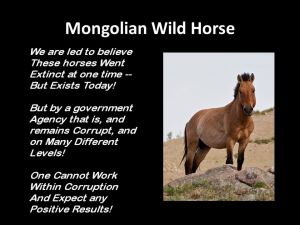 Posted by Photographer and Journalist on December 3, 2017 in Uncategorized

← Honor
Wild Horses and the Corrupt World of Horses →

15 responses to “The current EA, FLPMA, or NEPA legal process has not been met for Utah Roundup”