RSS
← The Death of America’s Wild Horses; Vision-To Save the Horses Not Destroy Them
Wild Horses, Welfare Ranching Economics and the Truth; What the Bureau of Land Management do not want Taxpayers to know → 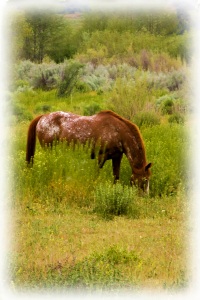 There are two potential violators of man’s rights: the criminals and the government. The great achievement of the United States was to draw a distinction between these two — by forbidding to the second the legalized version of the activities of the first.” — 1963 essay “Man’s Rights”

Last evening I watched in horror of horrors, a government agency coerced an American Citizen and Taxpayer from giving her Public Opinion on a controversial circumstance of corruption and contempt, which is ongoing, on our Public Lands.

It was a Public Meeting, given by the Bureau of Land management, to go over the plans for a Wild Horse Herd Roundup. The key phrase here is it was a Public Meeting, so government and the general taxpaying public could contribute to a plan that affects America’s Public Lands as well as America’s Wild Horse Herds, and other wildlife on these same Public Lands.

Just as in Nazi Germany before WWII, Hitler and gang went on a robust and aggressive charge to rid Germans of their dignity – or redefine their dignity within a more “ability-to-manipulate” people, and still receive the virtues of money, power, and land from these same people. Ironically, we do not have to explore the history so much as watch as it unfolds today, within the Bureau of Land Management, Legislators, and corporations and directed toward the American Taxpaying and general Public!
_____________________________________

The points here being the aggressive coercive bully tactics used, for example –

1. Holding Public Meetings for general Taxpayer and American Public input, then not allowing the input from selected individuals (they shut the input from the general public down after BLM and their supporters completed their input), and due to situations within BLM employee minds — simply the wrong people going to supply that same input, and the information, though contrary to the situation or plans at that moment, are truthful – and truth is not acceptable within the BLM, which is nothing more than a corporate franchise monopoly on America’s Public Lands, despite the majority of America Taxpayers disliking the situation in total;

2. The criminality, that is often brought up by the American Taxpayers, in this case those who the BLM call Horse Advocates within an attempt to lessen the impact negatively, certainly want the criminal aspects NOT to come out into the open at all, and references as well as many circumstances show beyond a reasonable doubt criminal activity has, and continues to take place;

3. Then we can get to welfare ranching and corporate intrusion and the spending of American Taxpayer’s dollars, yours and mine, in the billions, and only due to the protective elements that this government agency – the BLM and many legislator’s – refrains from simply deleting/void the antiquated and convoluted aspects that allow such government subsidies to be spent upon such non-beneficial as well as non-profitable elements, other than the welfare ranchers and corporations themselves making a lot of money for doing absolutely nothing.

When one considers legislators’ attempting to take away Social Security Benefits, Disabled Veterans Benefits, and other obtained benefits of necessities – i.e. the most tarnished is the school lunch programs for impoverished children, where legislators’ took that away from them in order to give more net profit to corporations and welfare ranchers (worse yet welfare rancher’s sales receipts less than 1% domestically and yearly, so American’s are only supporting net profit, nothing else in reality that is needed) – then America has a Problem – A big Problem that American Taxpayer’s need to know about!

And much worse – these people receiving these ill-gotten subsidies sitting in the crowd and actually Booing people that attempt to practice their 1st and 5th Amendment Rights of the Constitution of Our United States of America.

As a war Veteran myself, I am appalled and totally disgusted at this showing of such disrespect, such disregard to American Taxpayers and the use of their hard earned money for nothing but a scam, and the disrespect these welfare ranchers, BLM employees, and hotel staff has shown against not only the Taxpayers of this land, but toward our horses, our Disabled Veterans, and America’s Elderly folks who help build and nourish this country and America’s Rights to speak out against government agency perversions, subversions, and irresponsible conduct.

The necessity to discontinue the Bureau of Land management due to irresponsible conduct and severe criminality is obvious – earlier investigations found similar circumstance (i.e. 1990-1993 as well as in the early 2000’s) and the criminal aspect tremendous and going totally unchecked – No checks-n-balance systems regulatory devices in place what so ever to oversee this agency.

This is the same government agency that spent in excess of $650,000 in gift card expense last year. It was caught via the government voucher process and an inquisitive mind from another agency. The evidence disappeared, so no prosecution; although, the $650,000 was indeed spent, no one was held responsible for the disappearance, and no investigation was started, ongoing, or even done – other than a simplistic situation of noticing the money gone.

It is time – this government agency must be broken up, or must go away. America cannot afford this type of criminal behavior.

Posted by Photographer and Journalist on January 23, 2015 in Uncategorized

← The Death of America’s Wild Horses; Vision-To Save the Horses Not Destroy Them
Wild Horses, Welfare Ranching Economics and the Truth; What the Bureau of Land Management do not want Taxpayers to know →

3 responses to “America’s Wild Horse Herds, Taxpayer’s, Ignorance and the BLM — An Editorial”