Time for Welfare Rancher’s Receiving Tax Payer Money is Over 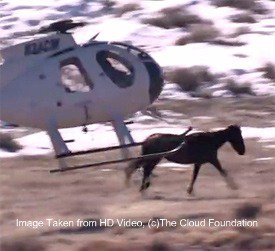 The economic and biological landscape in America today is quite clear, the Welfare Ranchers program must STOP!  The terms glutinous, greed, criminal activity, and taxpayer rip off associated with Welfare Ranching are all true, and even more illicit and criminal terms can be attached as well.

The ignorance displayed by Welfare Ranchers, consistently, between the roundups and killing of our Wild Horse Herds and Wolves, demonstrates their complete lack of knowledge and foresight — although their capacity to mooch off of our government tax money is overwelming!

The Bureau of Land Management (BLM) of the Department of the Interior (DOI), debatably manages, or mismanages according to some, over 150 million+ acres of rangeland in the western United States.  Within the last thirty years, increasing demand for nonconsumptive use of natural resources has resulted in increasing conflicts among claimants to the public lands.

Such things as Wild Horse Herd removal, unnecessarily, has created enlightenment to the general public.  Yes, the Welfare Ranchers’ greed and behavior has pointedly, like a beacon from a lighthouse to a wayward ship during a storm at sea, highlights the fraud and criminal activity of Welfare Ranchers and all those involved.  This information and data increases almost daily — never good, and always reeks of illicit and illegal behavior.

The Element of Dishonest Ranchers

The Welfare Ranching program is in direct violation of many of the laws and Executive and Secretarial Orders1 listed below.  Take your pick from either category, as it is that contaminated and so polluted with inconsistencies, outright lies, the ignoring of laws, constant cover-up of criminal activity, and compounded by being managed incompetently by the BLM.  Also keep in mind the BLM and DOI remains the most litigated government agency that has ever existed — due to their constant incompetent, illegal, and certainly questionable decision making.

It is ranchers and former legislators who were ranchers, that administer and manage the DOI and the BLM.  These are dishonest ranchers.  The proof is within their constant bad or illegal conduct of the many years these ranchers, and their friends, have been in charge of both agencies.  To the amazement of many investigators, the list is long of misconduct and overlooked or even illicit cover-ups that do exit, constantly over the past two decades.3

The ugly fact is this — the Welfare Rancher program is not useful what so ever and these ranchers’ simply pocket tax payer money, which makes most of them quite rich.

The Actual Facts Are

“It has long been known that the federal livestock grazing program is run at a significant loss. Grazing fees collected by the land management agencies cover only a fraction of the direct costs of the program.”2

BLM will tell the American Public how they make billions of dollars in profits, then the honest legislators turn their heads thinking everything is okay — that is, until someone starts to peel back this lie of lies the BLM gives to the public.  GAO reports outline the BLM takes a heavy loss of money yearly, and without assuming legal expenses within their data and bookkeeping analysis.

Often the GAO becomes specific in their details on how the loss, in billions of dollars, is due to faulty, unuseful, and mismanaged programs within the BLM and DOI.  Ignoring the truth is undeniable, yet causes lack of tax payer dollars to become useful in other beneficial and honest programs, and the truth — the BLM does not make a profit!  The BLM has never made a profit!

If the BLM insists on making this statement, then it is time they prove it beyond any doubt, and show us, the tax paying public exactly how they derived that profit, and all the while assuming all costs and liabilities — i.e. legal costs of courts, funding programs such as Welfare Ranching, losses taken by “not” collecting appropriate fees from their friends or special interest groups, etc. . .

We can also keep in mind the most recent 2010/2011 GAO Report, for example, “. . . $168 billion uncollected by BLM within the minerals management situation on Public Lands.”4

A 2005 GAO report points out $4.2 billion not collected from Welfare Ranchers at that time, and is estimated to increase at least 18% to 26% yearly on uncollected fees, and directly in regard to both BLM agency programs.  When we discuss Welfare Ranchers and Corporate Welfare, this is two of many instances we point out that is burdensome to tax payers, and the general public receives NO benefits from these programs what so ever.

Who does receive the benefits?  Welfare Ranchers and Corporations who maintain special lobby group interests, those who have paid campaign costs of legislators, and legislators and corporate entities and friends / lobbyists who hold interest — or outright own ranches and grazing permits on and for Public Lands.  This is similar to taking a kid to a candy store and telling him he can take whatever candy he wants, with no limits and free of charge because the tax payers are covering the cost.

As a matter of fact tax payers cover the maintenance and below-the-line expenses for Welfare Ranchers while they operate their cattle or sheep ranches.  Then it is the tax payer who pays twice for that same beef or sheep.

We pay taxes (which constantly rise due to these types of programs through this and other government agencies) and also pay the premium price at the store for these same meat products from Welfare Ranchers.  It is portrayed — as if these Welfare Ranchers compete with commercial ranchers — Make no doubt they do not! Make no doubt they cannot!  We pay for their ranches, that is a fact!

We pay billions of dollars to Welfare Ranchers yearly, and their product yield remains less than 2% of the meat products placed into commercial markets.  Again, our cost is double, in taxes and at the grocery store!

It is time to Stop the Welfare Ranching Program!

It is simply time Welfare Ranchers compete on the open market as a commercial entity, without tax payer money funding their business!  It is time for Welfare Rancher programs to be discontinued immediately!

One concern of many more, was the fact of $445 million in Administrative Support directly associated with the Welfare Rancher program yearly, for the program to exist.  What was also pointed out was the fact this same cost has never been associated with any benefit directly toward the tax paying public, whose money is used to cover this expenditure, and spent when the BLM “Does Not” do their oversight and proper jurisdictional management, for which they are paid.

BLM contracts are also flawed, and not in accord with responsible conduct in accord with and accomplished by private government contractors’.  The best example here is the constant and consistent Wild Horse Herd Roundup abuse and conflicting statements from contractors’, BLM staff, and legislators!  It is a circus of lies!

One can peruse the list of ownership of Public Lands grazing permits, and start to understand why it remains today; that is, the names the public can actually review are heavily burdened with billionaires, corporations, and yes there exist plenty of Congressmen, Senators, and State Assemblymen.  Families have also handed-down these grazing permits for Public Lands usage to their children, and on and on, often without scrutiny from the BLM or DOI.

The BLM has recently rebuffed a court decision (via the Department of Justice and quite costly to taxpayers) for transparency of those owners and permit holders involved in Grazing Permits and Welfare Ranches.  Yes, the court case centered around the fact of showing the public at large — owners and grazing permit holders.  It is believed it would create a more honest program.

This was done when discovering there existed corporate ownership on lands that hold grazing permits, that have no ranching or other principle farm or ranch capability or existence what so ever — and yet the BLM pays them $2.5 million yearly.  The Problem?  This is not unique at all.  As well, make no doubt there is so much more in question.

There does exist, under Secretarial Orders and defined quite precise, the qualifications and continued scrutiny by the BLM of Grazing Permit Holders.  Most often this is ignored and ecological areas are ruined by cattle and sheep grazing. Wild Horse Herds are rounded up without proper explanation, and when a reason is given, it is most often proven in error, or simply data that has been tampered with and manipulated.  The overall reason for the roundups, quite costly to both tax payers and wildlife, is simply the reason to make more room for cattle to graze on Public Lands, and basically obtain more Welfare Rancher program tax money.  This is the only AML Welfare Ranchers appeal toward, no others.

Ethical violations exist as well, and plenty, in regard to legislators and government employees holding or owning cattle and sheep ranches and use Public Lands for their grazing.  They receive tax money under the Welfare Ranch program, and continue to pass laws, or make Public Lands decisions, that do not conflict with them receiving the tax money!

Some legislators in Nevada and Utah for example, even go so far as assisting BLM in the demographics and logistic plans for the removal of Wild Horses in order to make room for more cattle on their land and within their grazing permit status.  This is accomplished in order to receive more benefits, i.e. tax payer money, from the Welfare Rancher program.  This is also in direct conflict with the Wild Horse and Burro Program as well as ethical and other special interest laws that state clearly this type of direct involvement in the decision making process of our government is unacceptable, in total!

There is no place for Welfare Ranching programs in today’s landscape of government management of our taxed dollars.  Welfare Ranching may have been useful as a temporary situation in the 1930’s to the 1950’s; but has gone beyond any useful purpose within the markets of today and in a capitalist society.  Now it is simply a drain to our economy, and provides non-essential monetary support to those who cannot compete in a currently thriving commercial market — in another words it is unneeded and a useless program.

Posted by Photographer and Journalist on January 10, 2013 in Uncategorized