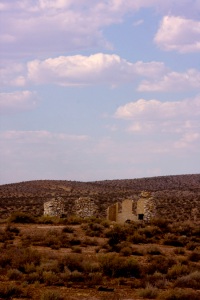 In the United States we have laws, as we are a law-given society.  It is when these laws are ignored and small groups, profoundly become extremely wealthy on the backs of the general public, that we must take heed in regard to the law.  We must demand Conflicts of Interest situations to be discontinued, and at the same time consider as fact the true difference between policy and the law.

The wealth, in this case, generated from an overwhelming interest of Welfare Ranchers and specifically by the BLM and within a small portion of the United States, receives tremendous amounts of tax payer dollars, with no return to the tax payer and general public situations what so ever, as well who are the actual owners of public lands.  These situations are within “Every” definition of Conflict of Interest given, both government and private; and yet ignored in total!  Why?

“The BLM administers nearly 18,000 permits and leases held by ranchers who graze their livestock, mostly cattle and sheep, at least part of the year on more than 21,000 allotments under BLM management. Permits and leases generally cover a 10-year period and are renewable if the BLM determines that the terms and conditions of the expiring permit or lease are being met. The amount of grazing that takes place each year on BLM-managed lands can be affected by such factors as drought, wildfire, and market conditions,” Fact Sheet on the BLM’s Management of Livestock Grazing.

The controversy starts as it is becoming more and more prevalent that the BLM, a United States government agency, has a foremost priority, or mission, to obtain benefits and do daily job situations that benefits the particular area’s cattle industry; wherever that may be.  The wild horse herd roundups and the killing of wolves becomes two primary examples of death and destruction of the same habitats, and quite costly to tax payers as well.  This is a contradictory situation, as described in BLM’s many contradictory documents, and within “All” policy and “Laws” that initially setup the public lands for the public’s use.

This becomes sadly obvious because of this same Conflict of Interest situation between a specific government agency and cattle ranchers and their lobby groups.  This needs to be corrected immediately!  It has gone-on too long and Laws and ethics violations continue to evolve on a daily basis!

Live Stock Grazing Federal Expenditures and Receipts Vary, Depending on the Agency and the Purpose of the Fee Charged http://www.gao.gov/products/GAO-05-869

Grazing on public land: helpful to ranchers, but harmful to habitat?  http://seattletimes.com/html/localnews/2008076883_grazing28m.html

So what is untrue, in a realistic ironic statement by the BLM, is this, “In managing livestock grazing on public rangelands, the BLM’s overall objective is to ensure the long-term health and productivity of these lands and to create multiple environmental benefits that result from healthy watersheds. The Bureau administers public land ranching in accordance with the Taylor Grazing Act of 1934, and in so doing provides livestock-based economic opportunities in rural communities while contributing to the West’s, and America’s, social fabric and identity,” Fact Sheet on the BLM’s Management of Livestock Grazing.

“The Taylor Grazing Act of 1934 (43 USC 315), signed by President Roosevelt, was intended to “stop injury to the public grazing lands [excluding Alaska] by preventing overgrazing and soil deterioration; to provide for their orderly use, improvement, and development; [and] to stabilize the livestock industry dependent upon the public range” (USDI 1988). This Act was pre-empted by the Federal Land Policy and Management Act of 1976 (FLPMA),” i.e. Taylor Grazing Act of 1934.

One of the primary problems with these documents is either government agency personnel do not read these documents, i.e. Policy, or they ignore the documents in total as well as ignore the current laws and precedence established in many cases in regard to the Conflicts of Interest (i.e. Laws).  Either way, the public lands managed currently by the BLM are indeed mismanaged, make no doubt about that.

Yes, what has been troublesome here is the arrogant use of abusive techniques and management by abuse as well as useless crippling and slaughter being done daily, by government employees and private contractors (i.e. photos and videos prevalent)?  One has got to wonder how our government agencies and their employees have gotten to this point, with an assumptive “acceptable abuse” management principle.

What are conflicts of interest?

“Conflicts of interest occur when an office holder puts his or her personal or financial interest ahead of the public interest. In the simplest terms, the official reaps a monetary or other reward from a decision made in his or her public capacity.”

“The most common conflicts in local government happen when officeholders face a vote on real property/land use issues that affect their own holdings,” review: Conflicts of Interest in Government

Government employees and private contractors within the government are both governed by a strict set of ethics and principles, noteworthy here is the definition of Conflict of Interest. “The SGE category was created by Congress as a way to apply an important, but Limited, set of conflict of interest requirements to a group of individuals who provide important but limited services to the Government. (i.e. Manning, Federal Conflict of Interest Law 30 (1964).”  These exist whether stated in a contract or not, as exemplary as well as binding.

“The first and perhaps most important point to emphasize is that SGEs are Government employees, for purposes of the conflict of interest laws. Specifically, an SGE is defined, in 18 U.S.C. § 202(a), as “an officer or employee . . . who is retained, designated, appointed, or employed” by the Government to perform temporary duties, with or without compensation, for not more than 130 days during any period of 365 consecutive days.”  Precedent and Laws governing this situation can be perused here: CONFLICT OF INTEREST AND THE SPECIAL GOVERNMENT EMPLOYEE.  Again and without a doubt, all contracts abide by the Laws and ethics situations in accord with government law and policy.

“Each year OGE issues a survey of prosecutions involving the conflict of interest criminal statutes (18 U.S.C. §§ 202-209). Information on the prosecutions by U.S. Attorneys’ offices and the Public Integrity Section of the Department of Justice’s Criminal Division is provided to OGE with the assistance of the Executive Office for United States Attorneys at the Department of Justice,” review: Conflict of Interest Prosecution Surveys.

Laws and Ethics Ignored by BLM

We see on the Internet or while visiting a wild horse herd round up, abuse as well as legal and ethics violations remain abundant.  We see the ignorant abuse on the Internet constantly, of those killing and torturing wolves, abundantly.  Our government and legislators sit back and do nothing, ignoring the Conflict of Interest and breaking of the Law, abundantly.  Why?

Within the research is the undeniable situation of Conflict of Interest Laws and Policy being violated, especially between the BLM and the cattle industry?  We also, without much effort, can locate information that show beyond a doubt the cattle industry, or a specific special interest group, is making a lot of money due to legislative actions, or lack of action, in regard to wild horse herd roundups and the killing of wolves.

Simply stated, and without any type of civilized-reaction or doubt, these Conflicts of Interest Must Stop Immediately.  Our legislators must be informed weekly, if not daily to stop this kind of uncivilized, ignorant, and inhumane conduct!  Taxpayers can no longer support this obvious violation of laws and violations of our natural habitats.  Ecosystems on our Public Lands are destroyed due to cattle grazing, below 1% of industry production, and we pay three times the amount at the store as well as pay for this same beef on Public Lands — essentially three seperate occasions of paying for the same beef!

Posted by Photographer and Journalist on April 3, 2012 in Uncategorized

← Activists, Government, Wild Horse Herds and Responsibility
Eliminating The Wolf for a Photograph →