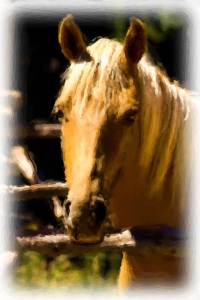 Government Speak: “After reviewing instances of alleged animal abuse during the recently completed Triple B wild horse gather in Nevada, a Bureau of Land Management team has found that helicopter contractor Sun J Livestock generally demonstrated appropriate, humane handling of wild horses over the course of the six-week gather that ended August 31. . .”  This is what BLM employees consider acceptable abuse?  But oh, there is so much more and this tale continues below. . .

Of course as we discover later as outlined within their “own” document, “The U.S. Bureau of Land Management’s internal review of a wild horse roundup in Nevada found some animals were whipped in the face, kicked in the head, dragged by a rope around the neck and repeatedly shocked with electrical prods, but agency officials concluded none of the mistreatment rose to the level of being inhumane.”  As recorded within a BLM document, by eye witness testimony, and further covered in the Las Vegas Review Journal, and posted on the Internet March 26, 2012.

“Outlandish and irresponsible” is most often the advocates’ response within this situation.  There is no such thing as an “Acceptable Abuse” of animals, and this is what the supposed internal BLM investigation wants us to accept, conclusively.  Why?  The only assumptive thought on this matter is that BLM employees, because they are a government agency, assumes it is okay to abuse animals.

The BLM demonstrates this obvious and obscene and uncalled for rhetoric on every occasion, and yet the BLM PR person states that we, meaning Advocates — “. . . advocates are dishonest” and claim a “. . . sky is falling” attitude.  Therefore, we can assume as well that if the public, or American’s speak out on abuse by BLM and government officials toward animals, then we are called names, harassed, threatened and outright felonies by BLM employees and private contractors are overlooked.  Then we are led to believe these actions are okay?  They are not okay!

Keep in mind that this is the Sun J Livestock company which is an acceptable private contractor with the BLM; and yet, has a vast history within a small amount of time of animal abuse and activity that one can consider of a questionable nature.  They have made millions in tax payer money, as a private contractor, and for what?  Abusing our wild horse herds!  And appallingly getting away with it, under the guise of “acceptable abuse” of the horses!

Also ignored is the illegal actions, that consistently ignore FAA Laws.  The law is FAA   PART 91—GENERAL OPERATING AND FLIGHT RULES § 91.13 – Careless or reckless operation.  The law is quite clear, yet ignored.  This Journalist says “ignored” because there exists video taped evidence, in abundance, on the Internet, which is not edited what so ever.  This is a felony, and as outlined in FAA Part 91–#91.13, as well as within many state and federal jurisdictions on Vehicular Assault upon people or animals.

“Officials for Sun J Livestock in Vernal, Utah, the contractor for the Triple B Roundup between Elko and Ely, did not return messages seeking comment,” as the reporter at the Las Vegas Review Journal states in the article when asking them about the obvious abuse within the BLM report.

In this Journalist’s opinion there is guilt written all over this situation, and why?  Because those abusive situations did happen, and will happen again because these people get away with the abuse, supported by the BLM administrators!  And, I might add, get paid with tax payer dollars quite well, for abusing the horses.  Ignoring this situation, outright felonies, simply escalates the problem.

Here is a brief list of payments to this same Sun J Livestock company, as reported on the Government’s BLM “Contracts for Wildhorse/Burro Control Services (FY 2000-2009)” i.e. 2010, 2011, and 2012 not included, but their behavior far worse as witnessed and logged abuses accumulated ten-fold:

Exploring further we find even more appalling situations, and payment by all of us as tax payers, in the amount of $116,744,281 million dollars between the same period of i.e. 2000-2009, per their “Contracts for Wildhorse/Burro Control Services.”

Not so surprising is the fact that the abuse has indeed escalated due to lack of qualifications, inexperience of the roundup personnel, the cover-up of bad conduct by BLM employees, and the all around bad attitude and the Tribal Mentality of the BLM. It has indeed become a situation of employees and the private contractors versus the presence of the general public and witnesses at each of the roundups.

Why Does This Abuse Take Place?

BLM employees and Ranchers and other groups say the roundups are needed to protect fragile grazing lands that are used by cattle, bighorn sheep, and other wildlife.”  But the fact is this has been conclusively found to be a lie.  For one, the Bighorn Sheep have been extinct within that landscape for quite some time, run-out by the overgrazing and lack of proper management by BLM and the Ranchers in the area of their cattle.

Then we consider just how harsh are the wild horses to the environment.  “None what so ever,” states NSA retired Research Scientist James Culver, “. . . and the overwhelming fact is that horses are docile within their environment, and the horses are the least contributing factor to any of the change developing within that terrestrial biosphere.”  This is only one of several dozens of similar opinion and given by many Terrestrial and Range specific Research scientists.  For further discussion you can read research and studies of grasslands at a very good and informative Internet site, www.peer.org and made up of government researchers and previous scientists.

Then we can go to several other roundups, and find more significant abuse, and by those same people, which only a couple are given here, but assuredly there exist many more examples that could fill a book, and of other companies who contracted with the BLM:

“The tragic death of the stallion we call Braveheart in the BLM’s Silver King, NV roundup.”

“RENO, Nev. (Dec. 13, 2011) – During the helicopter roundup of wild horses and burros in the Calico Complex of northwestern Nevada last Thursday, Ginger Kathrens, director of the Cloud Foundation, filmed the hotshotting of a group of 10 burros that had been captured and were being loaded into a stock trailer by Bureau of Land Management (BLM) contractors, Sun J Livestock.”

Or facts such as Contractor Qualifications, that are written for safety and competence standards – to qualify for government contracts:

“WASHINGTON (Jan. 20, 2012) – The Cloud Foundation (TCF) of Colorado Springs, CO has requested an investigation into the contracting process which led to Sun J Livestock of Vernal, Utah, receiving millions of dollars in Bureau of Land Management (BLM) contracts to round up wild horses and burros in the West since the Fall of 2010.”

“. . . filed a protest with the U.S. Department of Interior in 2010 regarding the awarding of the contract to Sun J. The mandatory qualifications include “1,500 hours of flying experience… in similar projects” as well as 3,000 hours of “humanely capturing wild horses and or burros… while utilizing helicopter drive trapping,” The Cloud Foundation .

“When Kathrens questioned BLM about the experience of the Sun J crew, she was told that they had worked with Cook Livestock, also of Vernal,Utah.  Kathrens contacted the owner of Cook Livestock and former BLM roundup contractor, asking about Sun J’s work experience with her company.”

“Josh Hellyer was never on our payroll,” Kathrens was told. “And it’s seriously questionable whether the Sun J ground crew had the hours of prior experience required.” The Cloud Foundation .

But this goes much further, and you can read about more questionable conduct on The Could Foundations Internet site.  As well, you can read about much more of the “acceptable abuse” by BLM and their private contractors at their site, and find out how this entire advocacy began, and for what reasons.  Very interesting stories are there.

All requests for further information, FOIA requests, and anything else in regard to Sun J Livestock was denied by BLM administrators, even though the facts directly relate to Sun J Livestock indeed lied about their qualifications submitted to the BLM for private contract work.  As well, Public scrutiny of private contractors remains standard policy within every government agency, unless “government classified” issues involved, which there exist no issues involved in this private contractor situation, just a cover-up.

The Filing of a False Claim is Illegal

Make no doubt to the seriousness of this situation. The False Claims Act (31 U.S.C. §§ 3729–3733, also called the “Lincoln Law“) is an American federal law that imposes liability on persons and companies (typically federal contractors) who defraud governmental programs.  It is quite obvious there is an illegal act committed by Sun J Livestock, continuously – then why has BLM administrators ignored this?

Not to be ignored is the illegal activity that transpired here, in regard to false information given to the government, but as usual the BLM employees ignored, and at the expense of many horses being crippled and killed as well.  This is unacceptable, and there is just no excuse for this type of incompetence and/or attitude within our government agencies and their employees.  To actually allow felonies to occur, and being paid for the felonies, is beyond doubt an unscrupulous and uncalled for situation.

“In the war of words over the plan to round up thousands of wild horses on federal lands, it’s the images that speak loudest. Even as the Bureau of Land Management argues that the thinning of herds is for their own good, critics of the program keep coming up with damning footage showing abuse of the animals by BLM contractors,” Video: Wild horse roundups featuring burros being “hotshotted” are kinder, gentler?, Denver Westward Blogs, Internet site January 26, 2012.

The resolution is very apparent and source-specific – that there does exist felonies, and ongoing for quite some time that need to be approached by BLM and legal entities within the government.  More illegal activities with concerns toward destruction and theft of government property, horse theft, horse records in permanent management facilities, felony filings of false documentation and horse herd counts, private contractor qualifications, payment toward non-authorized purchases, false job-categories filed, and other BLM’s daily occurrences are all covered by Federal Law, and make no doubt many are serious Felonies.

There exist many more felonies, by BLM and private contractors too numerous to mention here.  Arrests need to be made, and the culmination of the roundups needs to happen immediately.  Then the wild horses need to be placed back onto public lands, and the ranchers and BLM need to leave them alone.  There is no such thing as “acceptable abuse”! Another agency must be appointed for the management of our Wild Horse Herds here in America.  The taxpayers “Buck” that is being thrown away on useless horse herd roundups – must stop Right Here, Right Now.

Posted by Photographer and Journalist on March 27, 2012 in Uncategorized